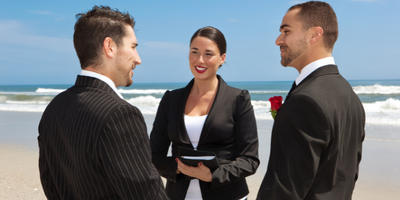 "Wow. Eustice. You look so handsome in that black Tux."

"Hey." Eustice turned to greet Nicasio. "See. What did I say? You would look great in a white tux."

"I have something to tell you." Nicasio's eyes moistened.

"No. Come here to the mirror. Both of us are in tuxes. Who would've thought?" Eustice's voice cracked.

"We look great." Nicasio turned to face Eustice. "I need to talk to you. It's. Hmm. It's important."

Eustice took Nicasio's arm and led him to the window. "Look at my parent's backyard. They decorated for you. My big wedding. Aren't you happy for me?"

"I am." Nicasio sniffled. "Is that your mom in a red dress?"

"She hates Liz." Nicasio held his laugh. "Listen. I need to talk to you. It's serious."

"Come." Eustice led him to his childhood bed and picked up a small black box with a white bow, then reached for Nicasio's hand. "This is for you. You have been my rock, anchor, and light all through my life." A tear rolled down his eyes. "I. I want you to have this as a token of my appreciation for being here today as the best man."

Nicasio pulled his hand away and stepped back. "I can't accept that. I can't do this. I have something to tell you. Please let me say it before I explode."

"Tell me after the honeymoon. I promise to make time for you." Eustice's voice quivered as he talked faster. "We'll go have a beer at the lake as we did on our summer vacations. Just you and me."

"No!" Nicasio turned to the window. "I have to tell you now. I can't wait. This is very important for me."

Eustice placed the gift on the bed. "Don't say it. Please, don't say it."

"Why not?" Nicasio pulled out a handkerchief and wiped his eyes. "Please tell me why you won't listen to me this time. I've always been honest with you. I've never lied to you. I've always listened to you."

Eustice placed his hand on Nicasio's shoulder. "Don't ask questions. You know the answer. Plus..."

Nicasio turned his head. "Plus? Plus, what?"

Eustice wiped a tear from Nicasio's cheek. "You know what. You've never been one hundred percent honest with me."

"Because there's something you wanted to tell me for a long time. This is not the time."

"What? Time? Do you think I'm going to stop the wedding? Does it mean that we're not friends anymore? Don't be stupid, Eustice."

"We can't do this right now!" Eustice picked up the gift box. "I want you to take this box. Open it or don't; it doesn't matter. Just be by my side when the bride walks down the aisle. Can you do that?"

"That was uncalled for."

"I'm sorry. I'm just angry that you won't let me tell you how I feel. I hate you for that."

Eustice took Nicasio into his arms, then kissed the top of his head. "Don't hate me. I don't hate you. If you say the right words, my life will change forever. I'm scared of what you're going to say."

Nicasio lifted his head. "I'm scared now. I've been holding this for too many years. I can't go live like this. I have to tell you."

Eustice held him tighter. "Don't make this harder than it already is. Don't you understand? My heart is breaking, and I can't go back on my promise to Liz. I know what I am doing."

"Do you?" Nicasio moved to the door. "Do you, Eustice? Do you? It's all about you. It's always about you and no one else. Just like Liz."

Eustice rolled his hands into fists. "Don't you dare bring her into this."

The door flew open, and the bride walked in, wearing her white wedding gown. "Tell him, Nicasio. Don't wait. I want to know what you're going to tell him," she demanded.

"I have to go." Nicasio ran out the door.

"Stop apologizing for him. You're always taking care of him. I know you love him. He's been your best friend since childhood. I can understand his jealousy."

"You don't understand?" Eustice took a seat on his bed.

"I do. After today you won't have to worry about him behaving like a lonely puppy behind us." Liz made smooching noises and paws in the air.

"The music is playing. Go down there and smile. For God's sake, smile. It's a wedding, our wedding. Not his funeral. Go and make your parents proud."

Eustice composed himself on his way to the groom's spot.

Moments later, all the guests waited for the bride. The officiant smiled at everyone. To his left, Eustice stood handsomely as ever, and Nicasio by his side, smiling as if it was the last thing he wanted to do.

The wedding march started, and the bride marched alone.

Nicasio hunched his shoulders. "Wait. He's sitting in the back row with Lady in Red."

The bride reached the podium, took Nicasio's hand, and pulled him to stand in her place in front of the groom. "Tell him. Tell him now, or you'll regret it forever." She took off her veil and stood behind the groom.

"What?" Eustice leaned in to hear.

"Officiant. Please marry these two men." Liz said with tears in her eyes and a smile on her heart. The guests took a sigh of relief and applauded. 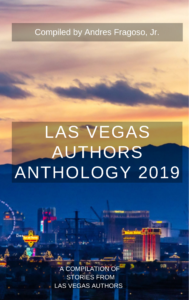