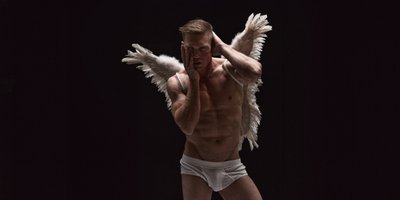 There was a time when I was free. Free from pain and deceit. So naïve in my youth, Jason the Argonaut had taken me as his lover. Life was eternal. The one with whom I would spend my existence. A castle he built for me in the clouds.

On our last night, he carried me to bed. Laid me on the covers, kissed my lips, and searched for my soul with his tongue. Hovered over me and peeled my shirt off like I was a grape. Seductively and caringly. He leaned back and removed his shirt. Held my hands to his flat stomach for me to caress every inch of his torso. The morning light did not stop Narcissus from envying his beauty. Adonis himself would have killed to be as handsome. Muscular, hairy, warm. Each orange hair on his chest was mine to do with as I pleased. And I did.

"Stop pulling so hard." Jason stood over me, leaning forward for me to remove his belt and open the top button of his jeans and lower the zipper. Pulling his white briefs softly, the pent-up energy held underneath them was stretched out. A bright spot on white cotton marked the wet X of his excitement. I had to taste him. To feel him in my mouth. To sample his glory. I kneeled and caressed from ankles to knees, appreciating every hair on his legs. Leaning forward to his knees, I kissed my way up his thighs.

I arrived at the cloth barrier which hid his most prized possessions, a Phoenix laying two eggs. It was breakfast, and I was hungry. I sniffed my way up the stitches concealing him. I bit on the band and pulled down. As the barrier bent to my will, his Phoenix slapped my nose. Pulling his underwear to his knees and kissed the thigh that did not get my attention earlier. Reaching his dark red nest, I took one globe into my mouth and squeezed my tongue to the roof with it in place. I wanted to crack it open. After releasing it, I did the same with the other.

Pulling away, my tongue rested on the base of Mount Olympus. Licking my way to the head of the gods and kissed the Ambrosia from the tip. Wanting more. Wanting his essence. Wanting to be his.

I didn't know what he meant by blush. I didn't care. I wanted him to gush on me, in me, over me. I held him in my mouth and gave a subtle squeeze with my tongue. His body reacted to it. I sucked more as I absorbed him inch by inch, taking my time. Letting my tongue massage from side to side. My lips tickled by crimson forest. With my throat, I pressed him and eased back up.

He pulled me toward him until my nose bent with his stomach gagging me and increased the rhythm. I gasped for air. My eyes gushed tears of fear. The pleasure of him on my tongue and my throat became a pain. Needing him. Wanting him. I had to get away from him. Again!

A quick gush of Ichor forces its way down my throat. I tasted some as I threw up into my mouth. He didn't let me move. I forced myself to take as much of him as possible or suffer the consequences. I counted the times he climaxed. That time it was six, not his usual eight. But these were stronger, thicker, and with a much sourer taste.

Jason pushed my head hard. I fall back on the bed. I lay on top of me, holding my hands over my head tightly and falling asleep. Loud snores kept me awake. A heavyweight on my chest prevented my breathing.

Months later, the castle crumbled with his lies, deceits, and fists, and I fell hard to the earth. My pride was wounded, my self-esteem lower than the ocean floor. My dream had crumbled. I was so afraid of men. I feared raised fists. I feared broken bones and purple bruises. I wouldn't wish hospital stays, months in comas, or body casts to my worst enemies.

A fortress built grounded deep in the earth and as high as the clouds. From my private prison, I saw the clouds above. A god in my own right. Up there, nothing could hurt me. Not even Jason. I created a prison in my mind, body, and soul in my hubris.

Icarus. He was a healthy young man. He was trapped in prison high up, not on his accord. He died in his escape. Icarus was brave to take the first leap into the open and took flight. I was not as strong or courageous as Icarus. Staying alive. To have a life. Living with a man who would love me.

Fathering strength, gathering feathers of faith, the glue to bind me together. If Icarus flew from his prison, so could I from mine. I stood at the top of my castle with the strength to soar.

Stepping into the open below me and flew to a happy place on earth. It was time to be a new person with no fears, no set boundaries, and with set, goals to be satisfied. My first flight in many years, and I was gliding gently into the land of mortals.

"Come to me." It was the voice of Jason. How did he find me? I looked up and saw him. My Argonaut, my sun, my soul, my reason for being called me to him.

Why me? What did I do to deserve this?

"I love you. I need you. I want you. Fly up to me and be mine forever. I will love you unconditionally."

"I'm coming, Jason, my love. Smile for me. I'll make you happy again."

"Up, come up. You will see and feel how much I love you."

What if I was as brave as Icarus? What would it be to fly close to the sun?

I hesitated. Jason had hurt me. I reached the Zenith. My hair burned. My nose bled. My breathing became shallow. Not again. I didn't want to bleed and not be me anymore. I couldn't take more of his love, devotion, and pain. My body ached from the strain he caused. I didn't see it anymore. I didn't feel anymore. I didn't care anymore.

I decided I wouldn't go back to Jason. I was a broken man as it was. And I wasn't starting over. No one wanted a damaged man. No one wished to have someone left for dead. No one wanted seconds.

There had to be another way to find Elysium with a man that would love me for whom I am, and this was not it. Jason was not the one. I'm tired of kissing Lycia's peasants to end up with toads and never find my Anteros.

A man took me to bed as his equal. I took my time removing his shirt, shoes, socks, pants, and underwear as I kissed every part of his exposed body. He removed my clothes, and we giggled like Plato's students who had discovered a philosophy.

Kissing, fondling, and wanting, we fell into bed. We struggled to see who would be on top or the bottom. Finally, a decision was made, and we got comfortable in each other's arms. Caressing, pulling hair, and squeezing every inch of our bodies. I kissed him tenderly. Laying him on his back, I kissed from his throat down to his navel. Leaving no exposed body part untouched. I kissed down to where his legs met and continued to his ankles. I pulled his legs over my shoulders and crawled toward him. I smiled deviously, and he blew me a kiss. My javelin waited for permission at the door of his most private place. A place never touched by man. A place I would call home. I pushed his legs forward a bit and gently entered him.

"Ohm." We said at the same time in different levels of pleasure. He welcomed me willingly. I gave into him lovingly. This is what love was about. We both moved, shifted, and melded together in harmony until we climaxed. Easing out, I lay next to him, he faced me, and in my arms, he fell asleep. I kissed his forehead and enjoyed how loving and trusting he was, and I would never break that trust. He would never be unhappy with me. Nor would he be hurt or in pain. That was my dream of love.

I wished for Semele's wish. I hoped for Elpis' help. I prayed to The Litai for a quick and painless death. I feared to hear my bones pulverize when I struck the ocean waves. He broke my bones, and nothing could mend them. Not even Eros could heal me. Nothing could bring me to love another man again. I would follow Eris from now on. Only she understood what I suffered. Only she could comfort me. Only she would hold my hand as she led me to death.

Ogyges' flood expanded as Thanatos held my body. I gently floated like a skin on the waves. I sunk peacefully into the depths of the abyss. Air bubbles rose as I violently imploded down to Poseidon's lair. A grain of sand made of a broken heart, an unfulfilled wish, and years of pain and abuse.

There was no rising from this fall. All the kind, loving, and faithful man have left with Ares to fight together in other battles. I remained in an eternal prison.

I knew that if I had flown to the Argonaut, I would have died with the Sirens in his mind.

I had taken my leap of faith and kept my back to Jason. I refused to be in my prison or his anymore. I glided to the earth as the gentle wings caressed my body onto the lake's tranquil waters. I rested on top of the waves. Breathing the fresh air, the pollen, and the green grass of life showed me that there's more to experience.

This is not the end of it all. 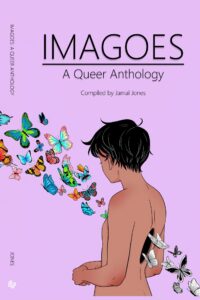 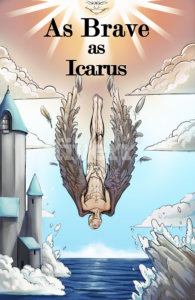