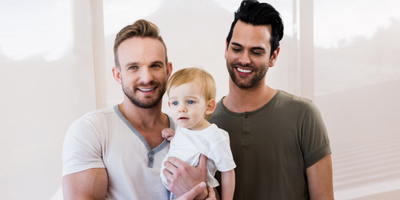 Ana-Rosa rushes to the café across the street from the university. Her meeting with her professor ran half an hour late. I hope he’s still there. At the café, a young man does not bother to hold the door open for her. Cabron! She reaches for the door before it closes; the aroma of fresh-brewed coffee fills her senses as she walks in. While waiting in line, she takes out her wallet to have cash ready.

The barista greets her with a smile. “The usual?”

“Yes. Please.” She looks around the eclectic mix of students and local workers from nearby businesses for her brother. “Did they put new furniture? And what happened to my brother’s portrait?”

“Sold it. With the commission, I bought new furniture. Like it?”

“Yeah. It looks nice. What did my brother say?”

“I haven’t told Joel yet. I have his check in the back.” He hands her a large paper cup. “Here’s your soy, decaf, latte, with honey. Just the way you like it.”

Ana-Rosa retrieved bills from her wallet.

The barista held his hand out. “On the house. After all, you’re the artist’s sister.” He winks at her and smiles.

She places five dollars in the tip jar. “Thanks. Is he here?”

The barista points to the far wall. She sees her brother, picks up her drink, and waves goodbye to the barista.

She heads towards a vacant seat by her brother. Most male customers bump into each other as they stare at her. She drops her books on the coffee table. “Hi,” she says to her brother.

Joel does not respond.

She taps her brother’s shoulder. “Joel? Hey, are you okay?

“I had to talk to the teacher.”

No response from her brother.

“Joel?” Ana-Rosa nudges him. “Despierta!” she exclaims, hitting the topside of his head.

“I’m sorry.” He fixes his short-cropped, brown hair. “What were you saying?” Joel looks at her.

Ana-Rosa stares back. Admiring his cat-like, gray eyes, he was the only one of seventeen cousins to inherit them from their grandmother.

“It’s your thirtieth birthday, and we have a lot of things to do tonight. Like your birthday party. Hello!” Ana-Rosa says, laughing.

Joel was oblivious to what she was saying, drinking his mocha and latte, staring at the young man seated across the room. “Do you think he would like me?”

“Whom are you talking about?” Ana-Rosa searches in the direction of his eyes.

Joel moves his chin forward. “That guy over there, with the law books and the Barbie by his side,” he says with want. At five feet away, he can see the deep brown eyes of the young man, with olive skin and long, dark brown hair.

“You’re kidding. Right? The one that looks like Ken stepping out of Abercrombie & Fitch catalog?” she asks, amused.

“Well, he does work out at least five times a week and eats healthy. I think he’s a vegetarian or something.” Ana-Rosa says with a grin.

Joel winks at Ana-Rosa and asks, “You seem to know him. Come on, Mija, tell me about him.” He says with excitement in his eyes.

Ana-Rosa rolls her eyes. “That’s Brad. He’s studying to be a lawyer. I have a couple of classes with him.”

Joel stretches his legs, getting comfortable. “He’s cute, though.”

“Aren’t you a bit old for him? Really? You’re thirty, and he’s barely twenty-one.”

“Age is not an issue. You know that. Your boyfriend is almost as old as me, and you can barely vote.”

“Well…” Ana-Rosa sips her coffee and lowers her head.

“Double standard, that’s what it is.” Joel smiles.

Ana-Rosa kicks him gently. “Trust me, you’re not his type.” She looks toward Brad.

“Is it because I’m too old?” Joel says with hurt in his voice.

Ana-Rosa thought for a moment. She did not want to hurt his feelings. “No. Ugly,” she says playfully. “No. Really. He’s straight and a very big homophobe and a xenophile.” She lies.

Ana-Rosa knows that Joel starts to doubt himself, his age, and his solitary life when he meets a new man.

“You can’t say that. He seems so nice and caring. Look how he’s nice to that girl there.”

“Hon, she’s probably the girlfriend.” Ana-Rosa waves at them, maybe get Joel to stop staring at them.

Joel looks away as Brad salutes them with his coffee mug. “I don’t know. Maybe he’s secretly gay.”

Ana-Rosa knows his frustration and feels sad for him. Maybe he will find someone, hopefully, his own age. “Get over yourself. He’s not secretly gay.”

“I should ask him just in case,” Joel insists.

Ana-Rosa holds his hand. “I wouldn’t if I were you. He can fag bash you or something,” she says with concern in her voice.

“If I were you, I’d keep my mouth shut and concentrate on this second Quinceañera of yours. It’s already five, and we haven’t done anything.”

Joel takes a deep breath gathering his courage. “I’m still going to talk to him. Just as friends, see what happens.”

The next day Brad wakes up to a soft snore. The warmth of Joel’s body comforts him. Brad shifts closer to Joel’s body, and instinctively his arm wraps around Brad’s. The phone alarm blears a high-pitched noise that only he can hear. He reaches the nightstand to shut the ear-splitting ring and turn on the light. Taking a deep breath of the lingering love scent, he smiles and taps Joel’s plump stomach appreciating that he barely works out. Personally, he did not like muscular men. Caressing Joel’s soft and pliable chest, he taps again. “Joel, wake up.” Lifting himself up to admire his young face, he kisses him. Entranced by the wisdom of an older man in a young man’s body, he liked Joel’s sensuality. “Joel.”

Brad can’t help but smile at the term endearing. “I need to get back to the dorm,”

“Wake up. I have to go to the dorm to change to get ready and pick up my books for school.”

“Oh, I’m sorry,” Joel pulls Brad’s warm young body next to his. “I have an idea. Stay here for the day.”

Brad kisses Joel’s lips. I want to stay all day. Maybe I could…. “I would love to, but I really have to go. I have finals today.”

“But, I’m so comfortable with you here in my bed.” Joel feels guilty and old to be with this young, handsome man staring into his eyes. I see the depth of your soul, and I think I may fall in love.

Joel tensed up. No. Please don’t be upset. “Don’t be silly. I’ll take you to your dorm. I drove us here. It’s the least I can do.”

Brad wanted more than life itself to run his fingers through Joel’s brown hair. He did not care about the gray strands. He cared more for the way he was treated. Joel treated him with passion and respect, and above all, he received the attention he deserved.

“Can we snuggle some more before we leave, or do we have to leave now?” Joel asked.

Brad smiles. “I don’t want to be late,” he pushes himself away from Joel to get dressed.

“Will I see you again?” Joel asks, getting out of bed to dress.

“I would hope so.” Brad kisses him.

Joel’s own snore woke Brad up. Holding the warm body next to him, he smiles. How has he slept through my snoring all these months? I can barely sleep through my snoring. He drapes his arm over Brad’s body and pulls him close to him. Listening to Brad’s gentle breathing, inhaling his sweet breath, he kisses his lips and dozes back off to sleep.

Brad turns to kiss him. “It’s seven in the morning.”

Brad gets out of bed. “You know I can’t. I have to go back to the dorm, change, pick up my homework, and go to class.”

“Stay for the day.” Joel pulls Brad back onto the bed.

“Why must we go through this every time I come over for the night?” Brad gets out of bed and walks into the bathroom to brush his teeth.

Joel jumps out of bed, “Brad, can I ask you a question?” Walking towards the bathroom, he admires Brad’s naked body, memorizing every youthful curb, dip, and bump. I am so lucky.

“Of course, Old Man, what’s up?” Brad spits in the sink and turns on the shower.

“When did you start calling me an old man?” Joel asks with hurt in his voice. Am I really that old?

Joel holds him tight. “That’s different.” Joel tries to hold back his tears, yet Brad kisses them away for those who escape.

OMG. Did I hurt his feelings? “I started calling you ‘Old Man’ when I realized that I was in love with you. We’ve been together for a few months.”

Moments like this made Brad happy to be part of Joel’s life. “If I want to call you ‘Old Man,’ I respect you and love you. I want to grow old with you. Be as good looking when I’m your age, just for you.” Did I just say I love you? I do. “Do you have a problem with that, Old Man?” Brad challenged, pulling Joel into the shower with him. He loved being lathered up by him.

Joel thought for a moment. “I love you, Mijo.”