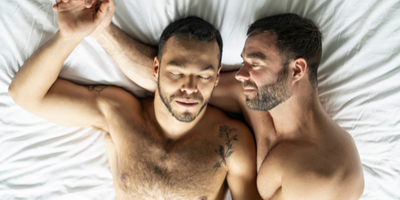 I light my fifth cigarette of the morning and smoke in the cool February air. Taking a sip of my coffee, I greet the apartment worker below my balcony as he picks up cigarette butts."Sorry about that. I told him not to."I wink at the cute Mexican guy."You're new? "

"Si. Me llamo Jaime. Gusto en conocerle." He waves and smiles back at me.

I can't help but stare at his toned body. His short dark hair gave him a gangster look like my Jaime's.

"Nice to meet you too."I wonder how he is in bed. Would he know how to make me scream in ecstasy? Enough of that. Am I that lonely and desperate? He has the same build and same crooked smile. Except that my Jaime has eyes that invite you to the dark side and keep you there. Where are you, Jaime? I just got you, and now you're gone.

Jaime and I had talked for hours, playing cards. By the time I knew it, it was five in the morning. He had come up to my side of the table and placed his hand on my head to kiss me. I took the opportunity to caress him. I led him to my bed, where we scrambled to take each other's clothes off. He bit my neck hard, my chest, and we made wild, passionate, unbridled love. We had made love like I've never had before except once. The following day, he squeezes me closer to his hot body. I felt his arms around me, holding me tight as if he didn't want to let me go. I took hold of his muscular arms and caressed his soft, smooth skin. I inhale his deep masculine scent of morning sex, sweat, and love."I'm here. It's okay. I have you now and forever."

He has me. That's what he said. He has me and not letting me go. I lean in closer to his chest, and a sniffle escapes me. The sniffle becomes a sob. The sob becomes a cry."I feel lost and happy."

He squeezes me hard and starts rocking me to a lullaby."It's okay, baby. I'm with you forever, baby. I promise I won't leave you."

I turned to see him, and he was staring at me. His lips were red and full, pleading for my attention. I reached over to his head, pulled him towards me, and leaned in to kiss him. He kissed back with a passion I've only felt once. Biting my lower lip, he's searched for my soul in his mouth with his tongue."I want you." He said.

"I'm yours. Take me." I gave him my heart and soul like I did once before.

There's a knock on the door. I lost my trance. I see Jaime, the maintenance guy, now at the other side of the parking lot. I was dreaming. I run to the door to see who it is.

Two Latter-day Saints Elders, looking smug and cute, smile back at me in their crisp white shirts."Hi… "

"You don't look too good. How about if we talk about it? You can tell us. We won't judge."

They won't judge. I don't believe them. Everyone judges. Even my friends and I haven't told them about Jaime."Okay. Come in and have a seat."

Both Elders introduced themselves and sat side by side. Elder Peter is cute and blond with deep blue eyes that I've seen before, and his lips are thick and red ready for me to bite on. The other Elder I ignore. I am too focused on Elder Peter.

My eyes tear again."You wouldn't understand. I met a man a little over a month ago. We were together for exactly thirty days, and now he's gone, probably forever. He got transferred to another state. I don't know what to do about myself."

"No. I don't know. He doesn't talk to me. He won't tell me what's going on. He's going through family problems and so much more, and I feel like I was bothering him, being a nag. I feel cast aside." I sob and sob, wiping the snot with my shirt.

"What happened? Thirty days don't seem that long to be in love." Elder Peter says. His eyes burrow deep into my soul, searching for a truth that only I could give him. I want to kiss him.

"You remind me of someone I used to love. You remind me of Peter." I stare into his face as if I watched Peter's son in the flesh. A part of Peter I wanted for myself. I take a deep breath I didn't know I was holding."Peter was the first man to take my heart twenty-four years ago. I was only twenty-one. Like you, he was also a missionary. He promised me marriage, a house, kids, and a dog (I hate dogs). He promised he would marry me."

"Two men married back then was unheard of." Elder Peter smiled.

"He loved me so much that he used to beat me up. Since then, I haven't let anyone in my heart. It's because of him I stopped loving. And it's because of Jaime I love again. Now they're both gone forever, and I'm still alone."

Elder Peter kneels before me and takes my hand."Maybe it wasn't meant to be. Perhaps there are other plans for you."

"I'm tired of being afraid. I'm not scared anymore about being hurt that way." I take his hand into mine and kiss it."Jaime made me come out of my shell. Everything I was afraid of happened, and I'm still alive. I don't feel Peter's shadow looming over me anymore. I now feel confident that I will love someone again."