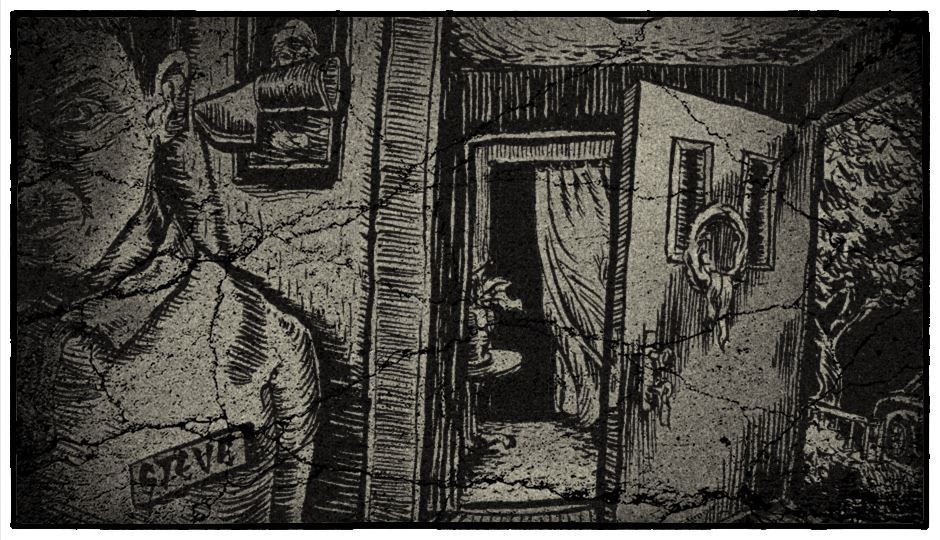 Nigel Seagull sat at his desk. His old typewriter sat silent underneath his trembling fingers. He had not typed a word in three weeks. Nigel, a reliable writer, always finished his books before their deadline. Now he had writer's block. He did not know how to start novel number ten in the series. He was tired of writing John Llugeas mystery novels. Having finished nine books in a series and on the bestseller's list for seven years, he was depressed. Nigel had made a name for himself in the literary field.

- How long can Detective John Llugeas search for his nemesis Stefan Legin? - The newspaper article read. -John Llugeas was a victim of Stefan Legin when he first joined the force. The premise that Stefan brutally killed John's family is good. John spends year after year looking for him while solving other crimes is a little farfetched. Now, as a grandfather, is he too old to go chasing after bad guys?-

Nigel put the paper down without reading the rest. He headed to the kitchen and served himself a cold beer. Nigel had a thought. "If you get writer's block, kill someone." That was Nigel's motto. Whenever he was stuck on a book, he would search for a new victim for John to help.

He threw his empty beer can into the sink and left through the back door without looking back. He turned left without direction on the street, he had no idea where he was going, but he was determined to get there.

The windows of the houses were starting to light up in the dark. He admired the neighborhood's architecture and saw a young man leap out of a car and into a dark house, leaving the keys on the door.

Nigel walked up to the house and knocked three times. There was no answer.

Nigel's heart beat faster. "John turned the key in the lock and walked in," Nigel said, going into the house.

"From the corner of his eye, he saw a figure walk towards him. It was the young man from the car." Nigel said.

"What are you doing in my house?" The young man said, with fear and anger in his voice.

Nigel looked at the nametag on the white polo shirt. It read 'Steve." "' You left your key in the door.' John said to the handsome young man."

"What? Who are you?" Steve demanded.

"'I'm John, I saw your key on the door, and I knocked three times, but there was no answer. So I brought in the keys for you.'" Nigel extended his hand. "John said as he extended his hand to the young man."

Steve pointed to the door. "What? Look, man, get out of my house!"

"'I'm sorry.' John looked at the man getting upset and turned to leave the house."

"Are you mad?" Steve asked.

"' No. I just wanted to return your keys. That's all.' John said. He picked up the table lamp and threw it at the young man who was Stefan in disguise."

Steve raised his arm to brush the lamp aside. He treaded backward away from Nigel. "Look, man, I have a gun."

Nigel smiled. "' No, you don't.' John looked at the young man and smiled."

Steve took a deep breath, his heart was racing, and he did not know what to do. He took his phone out of his pocket and dialed 911.

"John approached Stefan in anger and said, 'You murdered my wife, and now it's your turn to pay the piper.'"

Steve placed the phone to his ear to talk to the operator. "Hello, operator? There's this crazy guy in my house."

Nigel grabbed a large ashtray from the side table. "'Don't call for help.' John threw the ashtray at Stefan, hitting his hand and making him drop the phone.'

"John cornered him in the living room. Stefan started screaming for his life. He knew he was caught, and there was no way out. He got on his knees and asked for forgiveness."

Steve crawled across the floor, looking for his phone. He could hear the operator on the other end. He picked it up. "Hello? I'm at 345 Seagull Way. Please hurry. This guy is crazy."

"John was on top of the young man and pushed him to the floor. Holding him tight to prevent his escape. 'You murdered my wife, and then you killed my daughter. It took me years, and I finally found you, Stephan.' John reached to pull out his handcuffs, but they were not there."

Steve twisted hard to make Nigel fall to the floor, knocking the coffee table on the way. Rising, he ran to his bedroom and locked the door. "Get out of here, man. You're crazy." He ran to the window and could not open it. It was painted shut. Grabbing the small alarm clock from the side drawer, he threw it at the window, breaking the glass. "Help. Help." He yelled.

Nigel got up from the floor and walked into the kitchen. "John may have lost his handcuffs, but he had not lost his wit. 'I'll get you, Stefan.' John searched the kitchen and found a spool of yarn, a butcher knife, and a roll of duct tape. John walked to the bedroom where Stephan recounted how he killed his wife and daughter." Nigel walked up to the bedroom door, dropped the items on the floor, and stood in front. "John took three steps back and kicked the door open."

Steve grabbed a tennis racket to defend himself.

"Stephan gave a devilish smile, 'It's your turn John." He grabbed a sword from the stand and readied himself to attack."

"Man, get out of here. You crazy nut." Steve yelled.

Nigel smiled at Steve. "' A sword? By all means.' John knew that Stephan was good with a sword, which is how he sliced his wife. Stephan gave a wicked smile as he readied to attack John."

Steve was confused. "What are you talking about?"

"John turned around, grabbed the Butcherknife from the floor, and slowly approached Stephan. He was determined to kill him and make it look like an accident. 'You killed my wife. You killed my daughter, and now I'm killing you.' John said."

"No," Steve screamed, backing into the closet and closing the door.

"John saw in disbelief that Stephan had escaped him so readily again. He was not going to give up." Nigel ran to the closet door. "John ran to the secret door and screamed, 'I'm coming after you. You won't get away with this.'"

Steve stared in disbelief. He surrendered with raised hands; he was so frightened that he had urinated himself.

Two police officers walked into the room, drawing out their weapons. "Freeze."

"John lifted his butcher knife, ready to throw, and said, 'I got you now, Stephan. You're not escaping me this time. Revenge is a sweet thing.' John said as he threw the butcher towards Stephan."

Steve ducked as the butcher knife passed by his right ear.

"The police arrived in time to arrest Stephan. 'Officers, there he is,' said John pointing at Stephan lying on the floor crying and confused."

The police officers tackled Nigel to the floor. They handcuffed him and walked him out of the house.

"Excuse me. What are you doing?" Nigel asked, confused.

"You were attacking the house owner," one of the officers said.

"Yeah, you're Nigel Seagull, the famous mystery writer. I saw you on the news today."